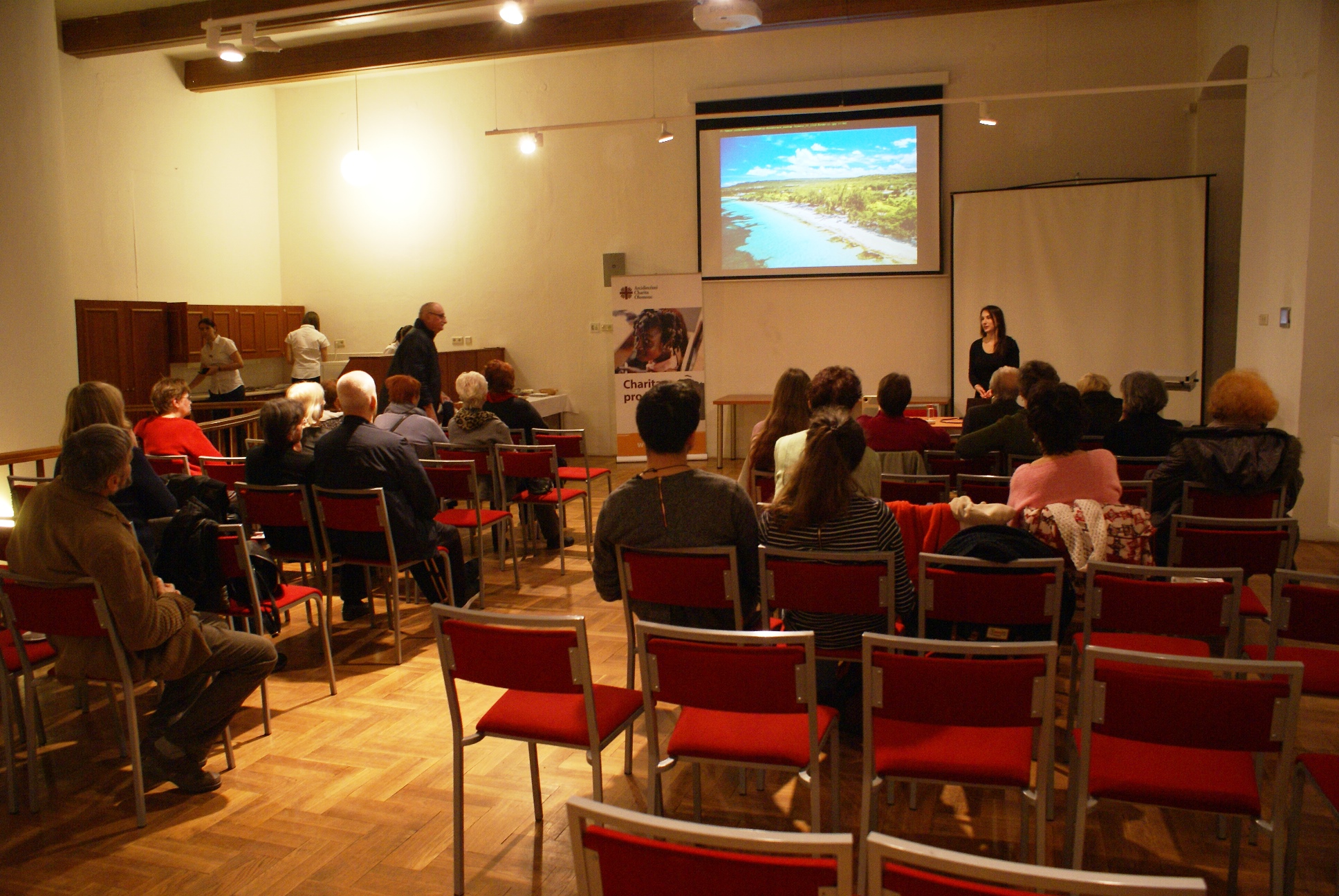 A tasty buffet and Haitian coffee spice up the discussion

Olomouc – Visitors to the Regional Museum in Olomouc learned about the lives of people in Haiti on Wednesday, February 20th. The discussion with the humanitarian worker Klára Lőffelmann was enriched by the projection of photographs and video. Not only hearing and sight of spectators, but also their taste. The participants ate Haitian specialties and were able to sip coffee from Haiti.

On the one hand, lack of drinking water, hunger, poverty, frequent natural disasters and, at the same time, unrest associated with the protests of ordinary people against a corrupt government. On the other hand, the bright eyes of children, the joy of small things, the passion for dance and music, experiencing the present… Haiti is a country full of contrasts. Klára Lőffelmannová went there under the flag of the Archdiocesan Caritas Olomouc for the third time. She shared her experiences during a discussion with more than twenty listeners. There were also “adoptive parents” who support Haitian children in education.

Caritas has been helping Haiti with the support of Czech donors since 2005 to the poorest and most vulnerable people living in cut-off areas. Thanks to the Distance Adoption project, 1 031 children were educated, three schools were built and 1 288 families managed to change their lives for the better. Caritas in the cut-off areas of Haiti also organizes annual health check-ups and treatment for those in need, especially children.

The Archdiocesan Caritas Olomouc was supported in its work by the participants themselves by purchasing jewellery, postcards, cans and other handmade things directly in Haiti. They also looked at school uniforms, textbooks, books, and other things needed to study in the Caribbean state.

We will help Haiti waiting for pacification

The desperate situation in Haiti makes our assistance difficult and complicated

Crisis: Failure of the official return to school in Haiti