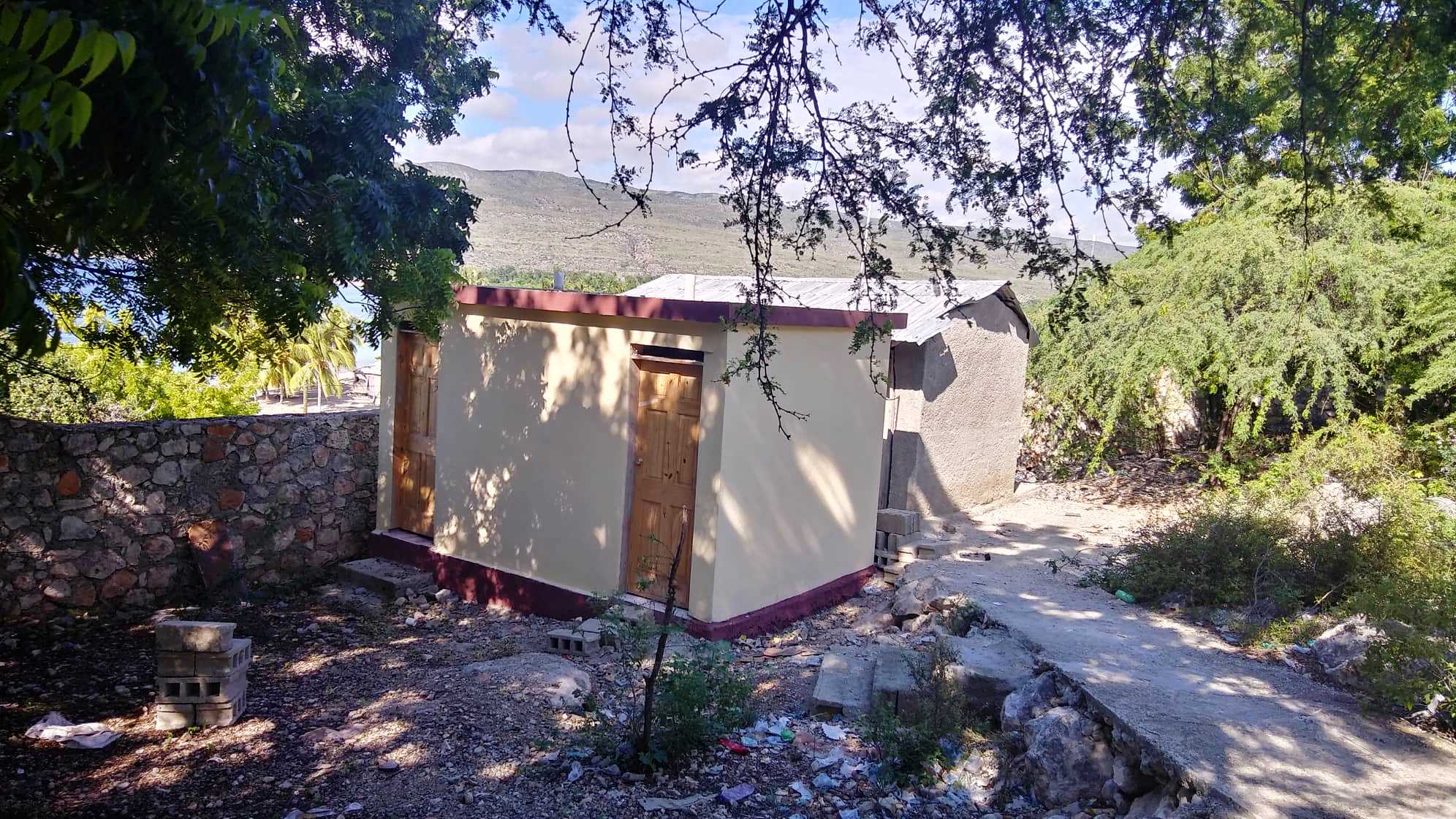 The school has a new paint and toilets. Children are healthier

Baie de Henne – Reconstruction of the Baiedehen school has alleviated the occurrence of various diseases in children who often missed school because of it. The building has a new paint and most importantly – in its premises Haitians built new modern toilets. All of this was achieved thanks to a contribution from the Archdiocesan Caritas Olomouc, the Slovak Catholic Charity and also to adoptive parent Libor Eyer.

A big thank you message to the Czech Republic is the priest Père Bertrand, who coordinates the educational project Child sponsorship programme on in the Baidehenn Maria Goretti School. “We appreciate your willingness to help poor countries and those who are disadvantaged and find it almost impossible to live a better and more dignified life. Parents, our pupils and teachers are very satisfied with the reconstruction. Thank you very much,” says Père Bertrand. According to him, repairs and all construction work cost less than 230 000 crowns.

Adoptive parent Libor Eyer also helped to improve the facilities of the Beidehenn schoolchildren. He held an exhibition of his abstract paintings and the proceeds, which reached 22 000 crowns, donated to Haiti. “A lot of people were surprised that I went to the exhibition to help Haiti. Many of them then thought about it. I feel good about it,” says Libor Eyer.

The school is attended by 250 children from a wide area. Some of them had health problems, which were often caused by the original unsatisfactory toilets. “Children suffered from various illnesses, lack of teaching, parents had to look for medicines or doctors, and many did not even have money for basic needs such as food. New sanitary toilets are now able to alleviate this problem,” explains Klára Lőffelmannová, a humanitarian worker at the Olomouc Archdiocesan Charity.

We thank Libor Eyer and the Slovak Catholic Charity for their support.

Exhibition about Haiti at Jungmannova branch