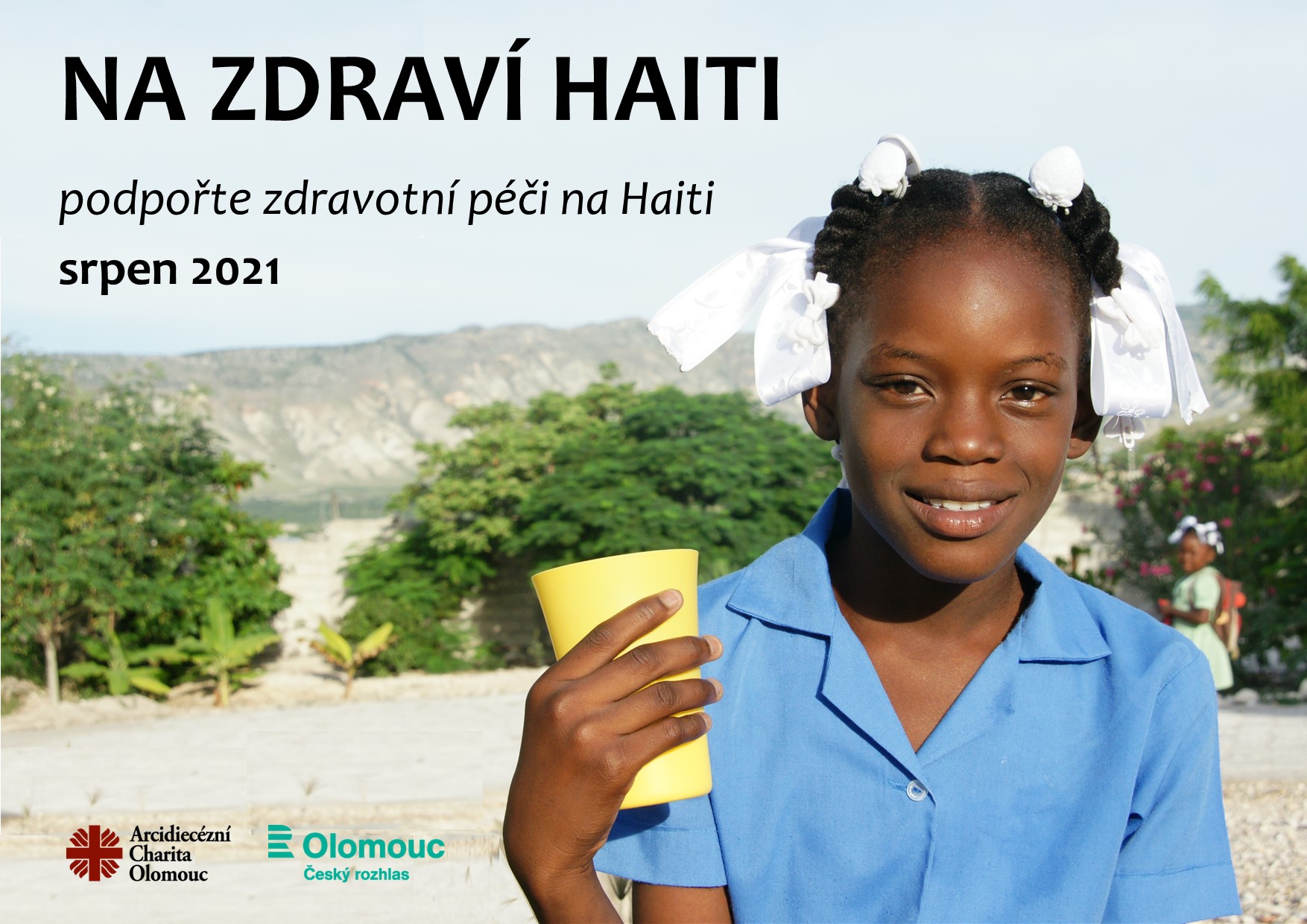 Olomouc – During the month of August, it will be possible to contribute to health care in Haiti in selected companies in Olomouc. This will support tours and medicines for children from Distance Adoption in Baie de Henne, Gonaïves and Roche-à-Bateaux. We would also like to donate part of the money from the online collection to Mrs. Christelle, who is single in a wheelchair with two small children.

Vitamin deficiencies, redness, diarrhea and skin diseases reduce people’s life expectancy to 60 years. Medical facilities in Haiti are not always readily available, and rural patients have to travel one or two days to see the nearest doctor. Thanks to the proceeds from the Haiti Health campaign, we provide health care and medication to children, teachers and their families. The aim of the campaign is to raise funds to provide health care for people in the most remote areas of Haiti, and especially for children. Thanks to the obtained funds, we can donate the necessary medicines and arrange professional medical examinations. Based on the provided health care, children are better concentrated in teaching and the number of their absences from school is reduced.

This year, we would like to pay special attention to Mrs. Christelle and her children from the village of Baie de Henne on the northwest coast of Haiti. Chris is mentally ill and paralyzed as a teenager. She subsisted on auxiliary work for some food for herself and her son. A cholera epidemic broke out in Haiti and her husband died. Chris was left alone with her little son and daughter. Confined to a wheelchair, she knew she would not feed two children alone. The daughter was taken in by the relatives of the deceased man. The son went to strangers as an auxiliary force. Living and desperate, Chris lost her only wealth – her loving children. Missionary Roman Musil helped her in a difficult situation. He discovered his son in a city five hours away, where he survived in harsh conditions. In the end, he managed to free him from modern-day slavery. The daughter also returned to her mother, although her relatives had long prevented her from doing so. The family is together again and we want to continue to support them.

In 2021, it will be possible to join the campaign in Bistrá kráva, Café Na cucky, Café Restaurant Caesar, Café Trieste, Coffee Library, Kikafe, Na břeho Rhôny and U Kristýna in Olomouc or online via the crowdfunding platform PenizeProProjekt.

Exhibition about Haiti at Jungmannova branch